Saint Mary’s is on a 4-1-4 schedule, which means that in between the regular semesters, there is a 1-month term in which students only take one class. This period is called Jan Term. This January, I had the opportunity to take a class called “Disconnect, Power Off, and Unplug: Embracing the Lost Art of Solitude—An Immersion Experience on the Big Island of Hawaii.”

During the duration of the class, we were prohibited from browsing the Internet and social media. We were only allowed to be on our phones for 1 hour per day to check emails and make phone calls. The class allowed me to reflect on my own technology usage and the lack of solitude in my own life. There were so many beautiful sights and sounds that I could take in because I was not distracted by my phone.

One my favorite sights was the sea arch at Hawaii Volcanoes National Park (Pictured below). Watching the ocean crash over the jet black cliffs and feeling the cool ocean breeze and the light mist of the sea, I felt truly connected to nature.

View all posts by elisajcr 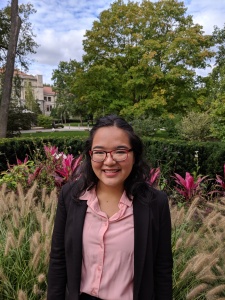